They are social insects and live in colonies which are usually located in the ground or in wood. Most termites feed on cellulose from wood and wood by-products such as paper.

The best method of termite control is to avoid water accumulation near the foundation of the home. Prevent termite access by diverting water away with properly functioning downspouts, gutters and splash blocks. Store firewood at least 20 feet away from the home, and keep mulch at least 15 inches from the foundation. Indoors, homeowners should reduce humidity through proper ventilation of crawl spaces, attics and basements to avoid attracting termite swarms. In general avoid moisture where earth to wood contact happen.

Termites can access space from a few feet across to an acre to two acres (one colony), however you can have more than one colony. These colonies expand in the summer and retreat in the winter.

Dampwood termite colonies, have no worker caste. The nymph dampwood termites take care of the kings and queens of the colony and feed the soldier caste. These termites create a series of chambers in wood, which are connected by tunnels with smooth walls, as if sandpapered.

Dampwood termites can readily infest structures with wooden elements having an excessive moisture content or that is in contact with the soil. They are capable of causing extensive damage.when conducive conditions exist. In fact, dampwood termites and other termite species cause a collective $5 billion in property damage each year. 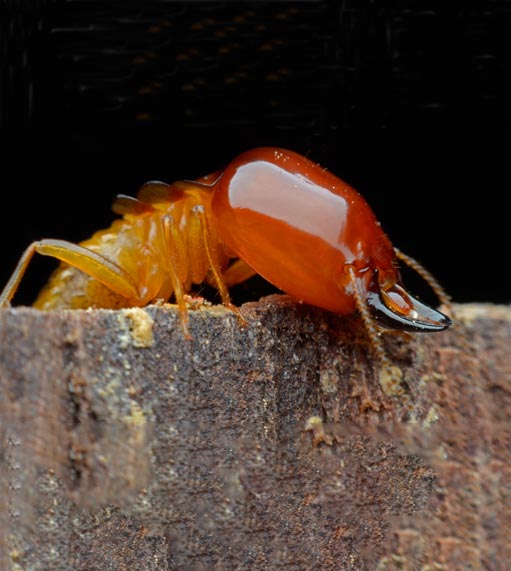 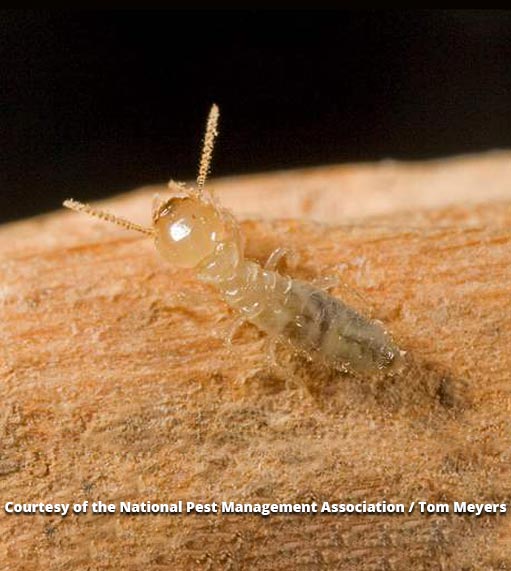 Often referred to as “mud tubes,” Subterranean termites build distinctive tunnels to reach food sources and protect themselves from open air. They have scissor-like jaws to eat wood 24 hours a day, seven days a week. Like other termite species, subterranean termites also feed on products containing cellulose. Subterranean termites swarm both in the spring and fall when groups of reproductive termites go off to start new colonies.

Subterranean termites live in underground colonies with as many as two million members. They are also found in moist secluded areas above ground.

Subterranean termites are by far the most destructive termite species. The hard, saw-toothed jaws of termites work like shears and are able to bite off extremely small fragments of wood, one piece at a time. Over time, they can collapse a building entirely, meaning possible financial ruin for a homeowner.

Subterranean termites are primarily controlled by treating the soil adjacent to the foundation and other structural elements in contact with the soil. It is often also necessary to treat soil beneath concrete slab covered area and behind brick work when activity is observed or suspected in these areas.