In the Pacific Northwest, there are at least five species of wood boring beetles which commonly infest homes and other structures. These are Anobiid or Deathwatch beetles, Buprestid or Flat-Headed beetles, Cerambycid or Round-Headed beetles, Lyctid or True Powder Post beetles and Ambrosia beetles. The primary species of concern to homeowners and owners of other structures are Anobiids and Lyctids.

The Western Deathwatch Beetle is responsible for most of the damage to structures caused by wood-boring beetles West of the Cascade Mountains. They primarily attack soft-wood species of wood, such as Douglas Fir, Western Hemlock, Cedar and Pine. Although common in older building with crawlspaces or unfinished basements, they can also be encountered in new structures as well. Their small size of 0,13 – 0,28 inch (3-6mm), dark color and short time spent as adults means these insects are rarely observed. Any wooden member with a moisture content of 13 to 18% is subject to attack. Adult beetles lay eggs in cracks and depressions of the wood. These eggs hatch, after which the young larvae bore into the wood upon which they feed in order to grow and develop. This usually occurs over period of 1 to 2 years, after which they emerge as adults after pupating during the summer months. The newly hatched adults then mate and immediately lay more eggs on the very wood they just emerged from, continuing the infestation/re-infestation cycle. It is this fact, which over time, makes this species so destructive, as each successive generation does additional damage to the wood until it is robbed of its structural integrity. Deathwatch beetles are sometimes referred to as False Powder Post beetles because they leave a powder-like residue wherever they have been working in the wood. They are referred to as False Powder Post beetles because there is already another species of wood-boring beetle whose common name is Powder Post beetles, which are covered below.

Replacing damaged or severely infested wood and eliminating conditions which contribute to the wood becoming moist is critical for achieving control as well as prevention of this destructive pest. Proper drainage and ventilation, removal of wooden debris and installation of a vapor barrier over the entire floor of any crawlspace areas and / or dirt-floor basements are important steps to take in controlling the moist conditions conducive to wood-boring beetle infestation / re-infestation.

Once any damaged wooden members have been removed and replaced, the understructure or other infested areas of the structure are treated with a borate wood preservative / insecticide. This helps to break the re-infestation cycle and provides long-term protection of the wooden members which are treated. 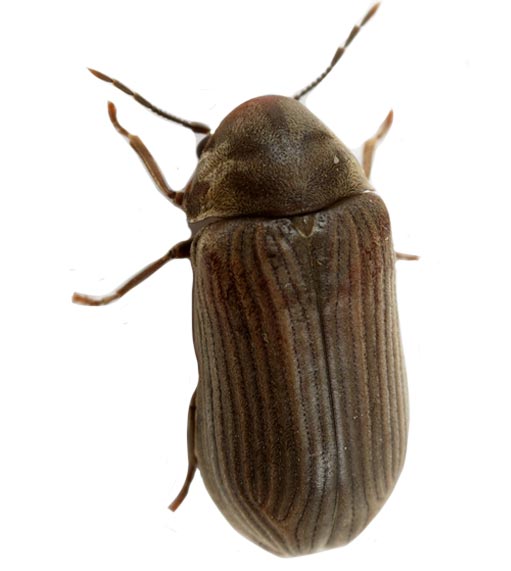 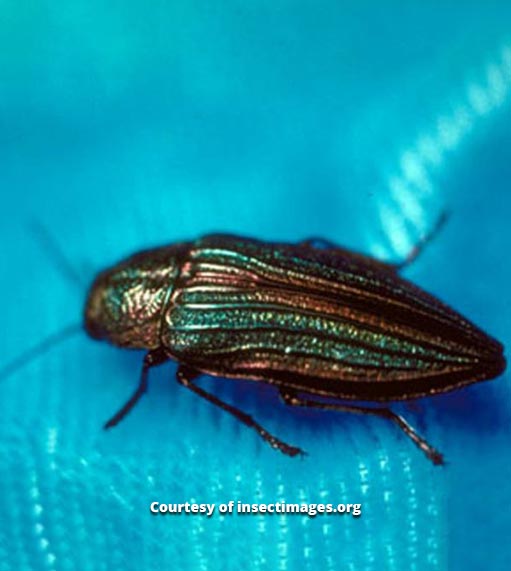 Buprestid or Flat-Headed borers are beetles which, primarily infest wood which is unseasoned, before it is milled into lumber. Once the wood is milled and used in the building of a structure, the risk of a continued infestation or re-infestation is unlikely as the wood becomes ever drier. However, any Buprestid beetle or Flat-Headed borers larvae which remain in the wood can continue to develop, which can take anywhere from 5 to 15 years, during which some damage will occur to the wood. The good news is that unlike what occurs with Anobiid beetles, Buprestids or Flat-Headed borers do not repeatedly re-infest the same wood. Therefore, treatment is not usually necessary for this species.

Cerambycid or Round-Headed Borers are beetles which, much like Buprestid beetles or Flat Headed Borers, primarily infest wood which is unseasoned, before it is milled into lumber. However, any Cerambycid beetle larvae which remain in the wood will continue to develop, which can take anywhere from 5 to 30 years, during which some damage will occur to the wood. One species of Cerambycid, Old House Borers, are very destructive to wooden structures, however, this species is not native to the Pacific Northwest. Therefore, this being the case, treatment is not usually necessary for this species. 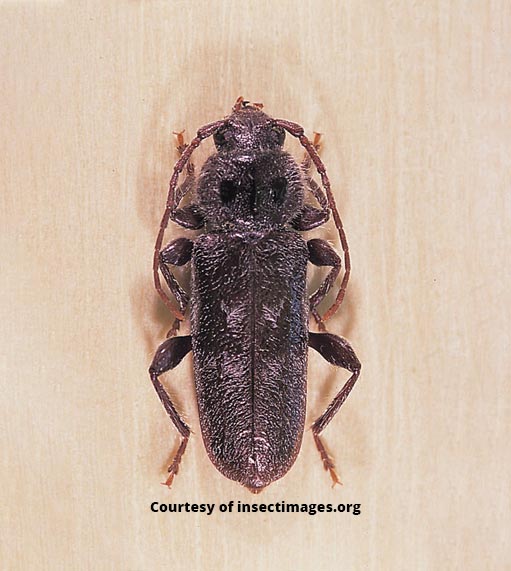 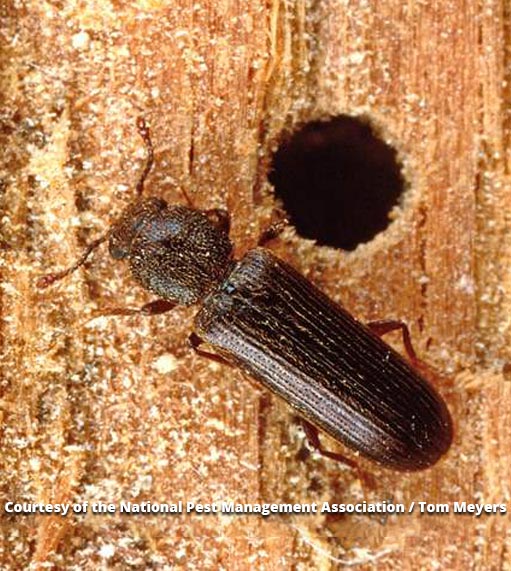 Lyctids or True Powder Post Beetles are a species which infest only hardwood species of wood, such as ash, maple, and oak. They are small beetles which produce very small holes on the surface of the wood from which the beetles emerge following their development. They are referred to as Powder Post beetles because their frass, (i.e. wood residue which has passed through the body of a beetle larvae, has a powdery consistency). Re-infestation usually occurs annually when it does occur.

Because Lyctids only infest hardwoods, they are not usually a structural threat. Also, they primarily infest unseasoned hardwoods within 2 years of being harvested. How ever, they can be a problem in hardwood flooring and furniture. Although Lyctids will re-infest hardwoods, they usually cannot successfully infest finished wood. Treatment can take a number of forms, depending upon the circumstances It can include treatment with borates, wood preservatives, heat treatment or by removal and replacement of damaged or severely infested pieces.

Ambrosia Beetles bore into unseasoned wood in order to deposit their eggs only. They then introduce a fungus upon which their developing larvae feed. The only damage which occurs is the holes themselves bored by the adults and staining which occurs to the wood from the fungus. Treatment is not usually necessary as the wood becomes too dry after it is milled into lumber. 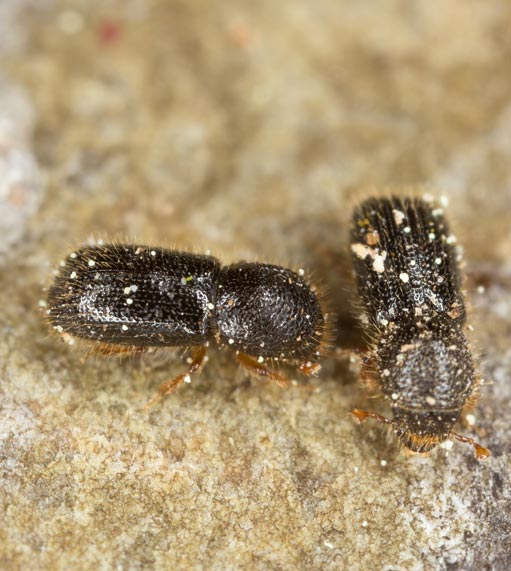